When it comes to taxes, Rand Paul wants them simple and flat.

The blunt-spoken, Libertarian-leaning senator from Kentucky, who won the 2016 presidential straw poll among leading conservatives, favors a flat tax: a one-rate income tax system with a minimum of tax breaks for individuals and businesses.

But Paul hasn’t settled on what that rate should be.

He has publicly discussed 17%. An aide said if Paul does make a formal proposal, the rate would not be higher than 17% and could be lower.

Much would depend on which tax breaks Paul chooses to keep. Two would definitely remain: the standard deduction and personal exemptions. But both would be considerably larger than they are under today’s code.

The Paul aide said the senator might also consider preserving in some form the tax breaks for mortgage interest and charitable contributions.

Paul hasn’t ruled out other types of tax reform if they “eliminate” complexity and regulation. But he has sketched out his views on a flat tax over the past few years.

“What you’d have is an attrition if not an outright elimination of the IRS because it would be so simple that people would comply, and it would be very simple to know whether they complied or not,” Paul told Fox News last year.

Under a Paul flat tax, an individual would owe taxes on his wages, salaries and pension payments. But fringe benefits at work would remain tax free to workers, as they are today. One example of that is the contribution employers make to pay for workers’ health insurance.

In addition, Paul would eliminate the estate tax and the alternative minimum tax.

Could a flat tax no higher than 17% raise as much revenue as the current system? No. To do that you’d need to have a rate at least in the low- to mid-20% range, said Joseph Rosenberg, a senior research associate of the Tax Policy Center.

But raising the same amount of revenue isn’t Paul’s goal.

On the contrary, Paul favors tax reform that would raise less revenue than today’s tax code is projected to. At the same time, he wants to eliminate deficits within five years and proposes to do so in large part by reducing spending (as a percent of the size of the economy) every year over a decade. 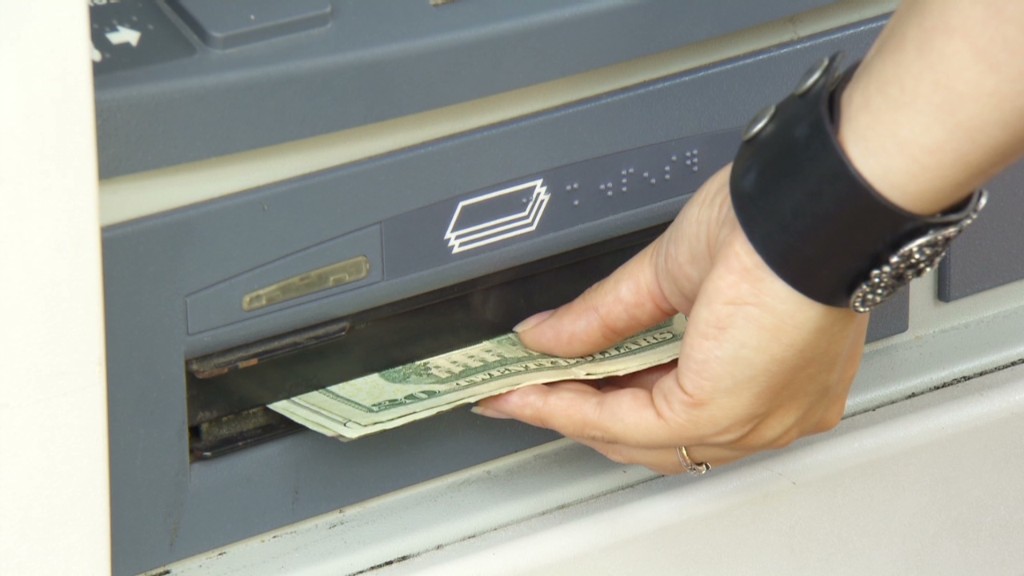 Paul asserts that his flat tax would be progressive since the net percentage of one’s wages paid in taxes would rise along with income.

Here’s a simplified example of what that means: Say a married couple with two kids makes $100,000 in wages and is allowed to exempt $35,000 for their standard deduction and $6,500 for each dependent. Their total exemption would be $48,000.

But the overall effective rate could be lower still for high-income households because they are more likely to have investment income, which would be tax free under Paul’s guidelines.

And, Rosenberg noted, the 15.3% payroll tax — which is money that workers and their employers pay into Social Security and Medicare — would still be the biggest tax bite for low-income households.

A pure flat tax system wouldn’t alter the payroll tax, although it’s not clear whether Paul would like to.

Ideally, he would prefer a flat tax in which no one pays more than they currently do. But he has implied, and his aide confirmed, that if the effective rates of the very wealthy go up to ensure that the income tax burdens on lower and middle-income families don’t increase, he would be okay with that.

Unless he puts out a detailed flat-tax proposal, however, it’s impossible to say definitively who would be helped or hurt by the changes.

Of course, if Paul decides to run for president in 2016, he would hardly be the first Republican candidate to call for a flat tax.

Steve Forbes ran on a 17% flat tax in 2000. Rick Perry and Newt Gingrich ran on an optional flat tax in 2012. Their rival Herman Cain proposed a flat-ish tax called 9-9-9. And there have been plenty of flat-tax proposals introduced in Congress over the years.

It’s not at all clear when Congress will take up the issue of tax reform seriously, or if a flat tax of some kind would ever garner sufficient support. Many believe not much will happen to overhaul the tax code until the next president takes office in 2017.

But should Paul make a run for the White House, you can expect to hear more about the flat tax over the next couple of years.